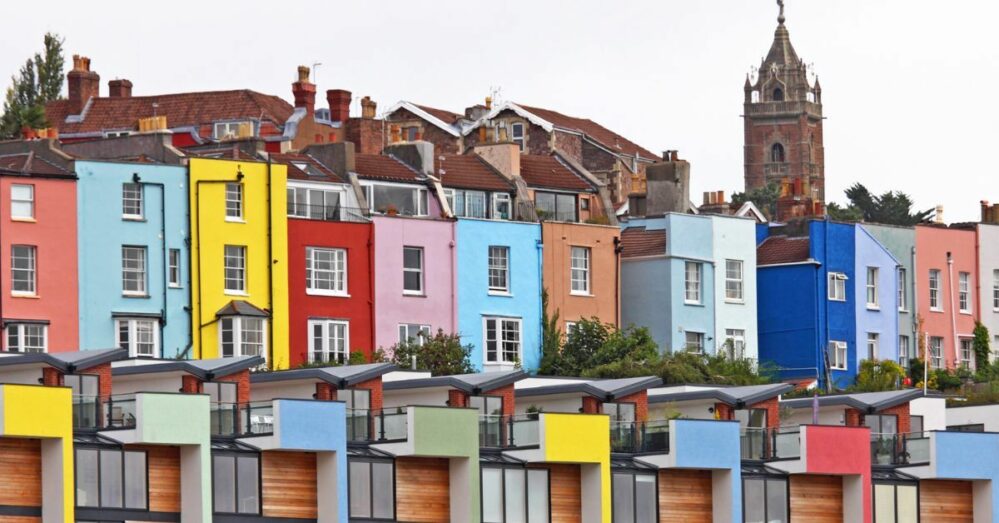 Many people, including Covid frontline workers, have been priced out of homeowning in 98% of the UK. This shocking figure has brought new attention to the housing crisis, but it’s an old issue rooted in policy decisions from decades ago.

There’s no one easy solution to soaring house prices, a lack of affordable rental homes, and the consequent wave of homelessness. But there are steps we can take.

The pandemic has made it even harder for young people to get on the property ladder, leaving many trapped in expensive, poor-quality private rentals. We need to build more affordable homes in our communities, with a particular focus on high-demand areas like Cardiff, Newport, and Swansea.

The National Housing Federation suggests new construction methods could help, such as building homes in factories out of materials like timber frames, and then putting the pieces together on site, taking only a few days. This method has already been adopted by one of our partners, United Welsh, enabling better homes to be built at lower costs.

A study by the National Audit Office shows that switching from bricks and mortar to modern methods could enable the same number of on-site workers to build up to four times as many homes.

This one is obvious. About half of the UK’s affordable housing is currently provided by developers on new private estates and blocks through section 106 agreements. The government plans to replace that system with a national infrastructure levy, but the details of that are still unclear. It could even result in less social housing, not more.

Research for the National Housing Federation and Crisis by Heriot-Watt University recommends building 145,000 affordable homes a year for the next five years, including 90,000 a year for social rent. Social rent is the lowest-cost housing councils and housing associations provide, with costs tied to local incomes. In England, currently just 7,000 new homes a year are created in this category, and in Wales just 1,215 were built in 2020-21, a decrease of 4% on the previous year.

The Welsh government has committed to building 20,000 low-carbon social homes over the new Senedd term, but questions remain over its ability to fund this development. Future Generations Commissioner Sophie Howe has recommended that the government “within the next year, set out a long-term plan on how they will fund the decarbonisation of homes in line with carbon emissions targets.”

Building social housing could pay for itself by cutting the cost of housing benefits paid to private landlords. But changing the rules around the right to buy could enable councils to keep all the money raised from sales and enable them to reinvest a higher proportion of that money to build more social housing.

Protect locals from being priced out by second-home owners

In the most picturesque areas of the UK, second homes, holiday homes, and unaffordable housing are driving locals out. The issue is particularly severe in Wales, which is a devolved nation with its own Parliament, the Senedd. Having declared a housing crisis last year, the Senedd is now working on solutions, which might include:

Many of these measures have already worked successfully in places like Switzerland, Canada, and Italy’s South Tyrol.

Lindsay Judge of the Resolution Foundation describes private rentals as the “‘wild west’ of Britain’s housing stock”. The thinktank recommends indefinite tenancies and a tenants’ loans system to handle the growing arrears crisis without mass evictions.

With many tenancies currently lasting just six months or a year, families can be asked to move on over and over, making it difficult to put down roots or plan for schooling, not to mention the extra cost of repeated moves.

Many renters reach their 40s without saving enough for a deposit. With little chance of getting a mortgage if it won’t be paid off before retirement age, they face being trapped in the same cycle for the rest of their lives.

In Wales, major changes to housing law are being introduced, replacing tenancy agreements with “occupation contracts”. This is a huge change for the housing industry and is currently the topic of much discussion. Its introduction has just been pushed back 6 months due to the scale of the task.

Under the new version of the Renting Homes Act, tenants and licencees will become “contract-holders”. They’ll enjoy an increase in the ‘no fault’ notice period from two to six months, greater protection from eviction, improved succession rights, and more flexible arrangements for joint contract-holders. Landlords will benefit from a simpler system, with two types of contract--Secure’ for the social rented sector and ‘Standard’ for the private rented sector--and will be required to ensure homes are fit for human habitation, including electrical safety testing and fitting working smoke alarms and carbon monoxide detectors.

Despite recent tax changes to put the brakes on buy-to-let, the current rental system still encourages property speculation, to the detriment of people who want to buy homes to live in.

Landlords can get interest-only mortgages; owner-occupiers can’t. And council tax has little relationship to the value of a property, meaning a wealthy household with three spare bedrooms can end up paying the same as a family of four living in a two-bed flat. This incentivises investors to pour money into property and drives up prices; changing these policies could reverse the trend.

With millions of families struggling with rent post-pandemic, the government needs to introduce grants to help renters in arrears stay in their homes. Benefits should reflect the average cost of rents in a given area.

The Local Housing Allowance (LHA) was raised to cover the bottom 30% of rents in 2020 but then frozen again in cash terms in 2021. The government needs to unfreeze LHA so it continues to rise alongside the real cost of renting.

Tenants also need more support with the impact of fuel poverty, which affects 155,000 homes in Wales alone—12% of all Welsh households. Overcoming fuel poverty is one of the principal aims of Wales’s ambitious programme for the decarbonisation of housing, which will have an impact on utilities bills, health, and many other aspects of life.

Give low-paid workers a raise

There are trials taking place in Wales around a Universal Basic Income, with strong support from Sophie Howe.

Howe also highlights the need to train more skilled construction workers to meet the demand for new homes, which would in turn provide good living wages for more Welsh renters. With 44% of small and medium-sized construction businesses saying the skills shortage limits their ability to build new homes, she recommends that the government should “support and scale up the development of social enterprises to provide jobs and skills in new methods of construction.”

When we spoke to Emily Mills, People Partner at United Welsh, she told us why investing in building and maintaining a great workplace culture within housing is so important. Read the full interview.