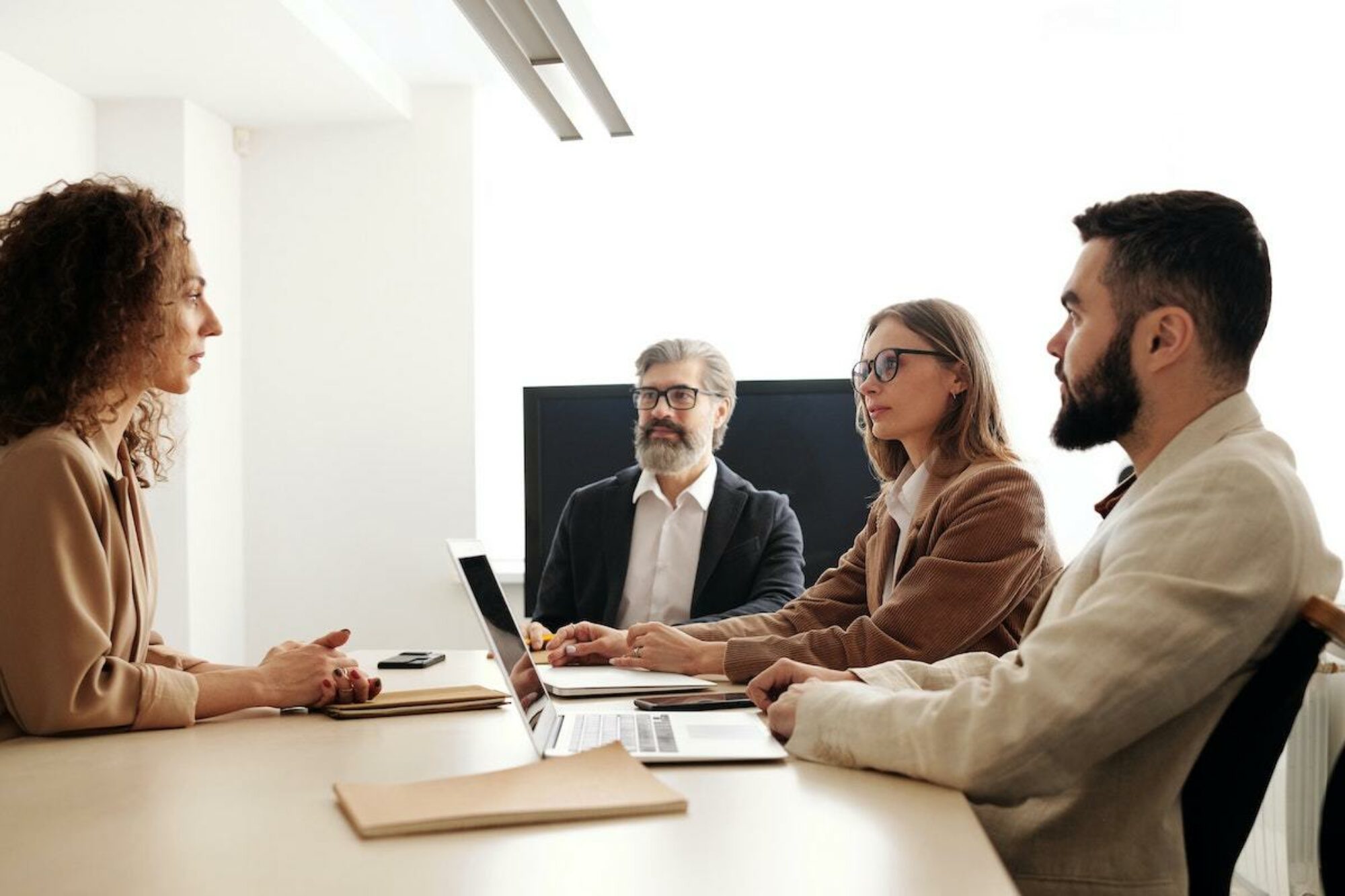 As an organisation, you want the best of the best when it comes to your staff.

But, could your quest for the perfect candidate actually be influenced by an unconscious bias within your recruitment process?

We all have our own unconscious biases - it’s scientifically proven, and simply a part of being a human with complex thoughts and influences.

This unconscious bias manifests itself in our intuitive decisions; thoughts that materialise in our head before we’re even aware of them. And when this involves day to day judgements and assumptions, it’s mostly harmless.

The problem arises when these unconscious biases shift into your recruitment practices.

So, how can we minimise unconscious bias in recruitment?

While technology is a brilliant way to remove unconscious bias in recruitment, it is important that we address biases head-on and create a company culture that harnesses diversity and inclusivity.

There is a hefty amount of research that suggests that - overall - the standard hiring processes can be biased and unfair, with unconscious racism, sexism and ageism getting in the way of who does (and doesn’t) get hired.

What can we do to identify and eliminate these biases? We have pulled together a handy guide to help both you, and those on your team, create an environment free from unconscious biases.

What is an unconscious bias in recruitment?

In the recruitment process, an unconscious bias happens when a recruiter forms an opinion about a candidate - subconsciously - based solely on a first impression.

Alternatively, an unconscious bias can show itself when the candidate will be chosen over another purely because they feel like someone the recruiter would happily go out for a pint with in their spare time.

This is because we sway towards people that remind us of ourselves. It’s human nature. And this can encompass anything from gender, class, race and age, right on through to seemingly inconsequential aspects such as hobbies or even their favourite television show.

An unconscious bias can largely be broken down into eight categories:

The criteria that you (knowingly or unknowingly) base those all important decisions on becomes totally irrelevant, and can work both for and against a candidate.

It can lead to missed talent or choosing a candidate for all of the wrong decisions and paying the price later down the line.

What can lead to unconscious bias in recruitment?

There are two main things that can lead to unconscious bias in recruitment; the first, is the opinion, background and circumstances of the recruiter themselves.

As mentioned, we all have our own biases woven deep into our psyche. We may not be aware of them, but they are and show up in unexpected ways: one of which can be first impressions.

Before a candidate even enters the interview room, a recruiter may well have cast an unconscious bias - whether that is positive or negative - over them. It could be influenced by their name, where they live, their age, their gender… Anything. And when a hiring manager is weighing up certain candidates, this could very easily come into play.

The second way that an unconscious bias can come about in recruitment is through the entire company culture and setup.

If staff are predominantly a certain gender, or there is little to no ethnic representation, unconscious bias may lead a recruiter to opt for candidates that match the tunnel vision, limited range of staff currently working in the organisation.

Of course, this puts enormous boundaries up against those from underrepresented communities. It can also be detrimental to the company itself; it’s been shown that diverse companies have a far more productive and successful workforce and it’s even been revealed that they can be up to 29% more profitable than their less inclusive counterparts.

So, why does it still exist and why do companies allow subconscious biases to dictate recruitment decisions?

Simply put, they can be very hard to spot and tackle. A subconscious bias is far more subtle than outward racism, sexism or ageism.

And for the recruiter, they may not be aware of the bias, despite being influenced by it. That’s why it is crucial that organisations put the tools and systems in place that minimise the capacity for unconscious biases as much as possible.

What is the current reality of inclusivity and diversity within the social housing sector?

The social housing sector is working hard to create a more inclusive workforce that is representative of the diverse community that they represent; but there is still a long way to go.

Black, Asian and minority ethnic communities are still underrepresented in the housing industry. The Inclusive Futures campaign by Inside Housing found that just 9.1% of social housing executives and 13.6% of board members identified as Black, Asian or minority ethnic.

This is despite research showing that 43% of all black households and 25% of all ethnic minority households live in the social rented sector (compared to 16% of white households). Whatever way you look at it, this isn’t good enough, and it certainly isn’t representative of the people that the industry serves.

Women are also underrepresented in the most well-paid, senior housing jobs. Women make up 36% of housing association boards, 39% of executive teams and 34% of chief executives. Although, the real figures could be considerably less - the research was carried out on a self-selecting group.

There’s a high probability that those with particularly poor representation wouldn’t take part.

But that’s not to say that change isn’t happening. The numbers are growing, and recent reports suggest that 31% of those qualifying into the surveying profession are women.

In fact, there’s been a 93% increase in the number of women enrolling across APC, AssocRICS and Senior Professional routes since 2014. These are exciting numbers, heightened by projects such as the Tradeswomen into Maintenance project (steered by Mears Group) which aims to increase the inclusion of targeted recruitment and selection in the procurement of social housing to boost the number of females working in trades.

Read more: How can we open opportunities to BAME communities in housing?

Before you start, take a look inwards - do you have any biased opinions that could be getting in the way of making a strategic and inclusive decision?

For example; do you think that men are more direct, and therefore make better managers? Or do you think that women are stronger empaths, and fit into customer facing positions? Are you influenced by certain accents? Certain backgrounds? Do you believe that younger generations are more tech-savvy than older ones?

Whatever these unconsciously biased opinions may be, it’s important that you can identify them so that you can be sure you are not being driven by them.

There is no doubt that a CV is a brilliant way to introduce a candidate to a hiring manager - the problem is that a CV also contains a load of information that can spark up these unconscious biases.

3 - Get rid of all gendered wording.

Have you ever stopped to think about the nuances of the language that you use in your job advertisements?

Aside from the obvious use of inclusive pronouns, there are also certain words and phrases that can feel more masculine or feminine in their imagery. Research has suggested that ‘masculine-coded’ language such as;

… are seen as far less enticing to women as they are to men in the context of job advertisements and can have a significant impact on the recruitment process.

Top tip: Check out this language decoder to see whether your content is coded in one way or the other.

Unstructured, more conversational interviews can make it more difficult for a hiring manager to fairly assess candidates and, as such, can result in that unconscious bias rearing its head once again.

By having a clear formula and script that you can embed into every interview, recruiters can guarantee that all applicants are tested in the exact same way with consistent markers.

The easiest way to ensure this is by having a set of questions that you will use for each candidate, and making sure that you don’t diverge from this list.

5 - Have a diverse interview panel.

It may sound like an obvious one, but having more than one person on an interview panel can minimise the individual biases that may influence a decision. This panel should be diverse, reflecting different genders, ages, ethnicities, socio-economic backgrounds or sexualities.

The conscious variety will help you to look at your applicants from a more rounded perspective, bringing in thoughts and opinions from those with different backgrounds to you, so that you can make an informed and fair decision.

The best way to ensure you have a diverse and inclusive workforce is to make it an actual requirement of your organisation.

Every company should have an in-depth, equality analysis and equality action plan in place. This shouldn’t just be a tick box activity - it needs to be a long term, sustainable strategy that takes your diversity goals and lays out incremental steps to make them a reality.

You should also prioritise having diversity and inclusion champions within the business to ensure accountability.

7 - Employ an outside recruitment agency.

Investing in a recruitment agency is a great way to eliminate ALL unconscious bias so that you can find the best person for the job, irrespective of their social-economic background, their gender or which football team they support.

A common misconception around recruitment agencies is that the work starts and ends with the job advertisement.

In reality, a quality recruitment agency will advertise the role and seek out appropriate talent, but they will also:

This means that every step of the process is covered, and that unconscious biases don’t even get a chance to show themselves.

Ultimately, our unconscious bias is something that is difficult to escape; however, setting our businesses and recruitment processes up with the right tools, structures and systems can majorly reduce its impact on candidates and our hiring process.

Here at Moxie People, we have recently run two webinars on the topic of diversity and inclusion, with plans in the pipeline to host many more. Follow us on social media - or drop us a line - to find out more.